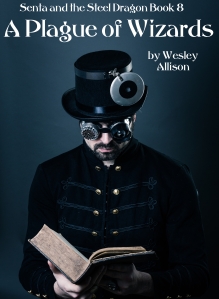 Saba slipped his jacket on, as he gazed down at Iolanthe’s naked body. If he hadn’t known her all his life, he would never have believed that she was forty-six years old. She didn’t have the plumpness that Loana had. She looked lean and he could see the muscles below the smooth, tight skin in her legs and back, but it was far from unattractive. She had not stirred as he climbed out of bed and dressed, but when he opened the door, she spoke.

“Will you be back tomorrow?”

He shut the door behind him and followed the hallway to the back of the great house. Passing through the doorway to the outside stairs, he quickly descended two flights of steps.

“Chief Colbshallow, do you have a minute?”

Saba saw Lord Dechantagne standing on the step leading into the enclosed back porch.

“I was just speaking with your aunt about…”

The sixteen-year-old waved his hand. “I’ve really no interest in your relationship with my aunt. It’s none of my business. But I do need to talk to you. Can you step over to the motor shed?”

The Dechantagne motor shed was a large building that held the family’s six vehicles and was connected to the lizzie quarters behind it. The boy led Saba inside and turned up the gaslights illuminating the shiny vehicles. Then he turned and addressed the chief.

“Things with these wizards are getting out of hand.”

“Oh? What gave you that idea?” asked Saba, his voice full of sarcasm.

“All right, maybe that was the wrong way to start. You’re the chief of police and you know what’s going on. There have been assaults and crimes all over the colony. The destruction of the Gazette, and also the millinery shop where I had a hat on special order, I might add, was just the icing on the cake.”

“Augie. This is police business. We have it under control.”

“It doesn’t seem that way. Anyway, I’m making some arrangements of my own.”

“Boy, I can’t have you getting in the way. If you got yourself killed, there would be all kinds of unpleasantness.”

“Oh, believe me. I’m not stepping out into any firefight,” said the young lord. “On the other hand, I do have material concerns. I have an ownership stake in most of the businesses and properties in the city. I don’t intend to see them destroyed. I have a party that might be of some help in eliminating some of these threats.”

“It would be better if you left the whole thing to others,” said Saba. “That being said, I doubt we’ll be called to look too closely into the disappearance of any of these wizards. Not that I’m condoning vigilantism.”

Bryony Baxter stepped off the trolley at the corner of Pike Street and Marigold, south of Zaeritown. She shook out her parasol and opened it to protect her from the angry rays of the sun. Summer had definitely come to Birmisia and there was precious little respite from it. Carefully crossing the red brick street and stepping up onto the sidewalk, she stopped and looked down. Unlike most areas of the city, which featured walkways made of cobblestone and a few with cement or red brick, here the sidewalk was made of large pieces of cut stone. They alternated black and white, and though they were not square, they nevertheless gave the impression of a chessboard.

“Well isn’t that lovely,” she said to herself.

Mrs. Baxter was unaccustomed to shopping in this part of town. She usually purchased her sundries and J.D. Kinney’s 5 and 10, but that was now nothing but a smoking ruin. Her husband had suggested Isenhorn’s Pfennig Emporium. She stopped and looked at the storefront. It was covered with posters proclaiming items on sale—Mirsannan Butter Cookies 20P, Bordonian Chocolate Bars 2 for 5P, and Discontinued Aprons 10P. She wasn’t exactly sure what a discontinued apron might be, but thought that perhaps it was one that ended at the knee.

The bell above the door rang as she stepped inside. The interior of the store was at the same time both familiar and different. There were aisles laid out pretty much like she was used to, but they were closer together and more crowded with goods. The proprietor was a tall thin man with grey hair, and stood behind the back counter, currently engaged with another customer.

Walking past the window displays, Bryony started up the furthest aisle, with stationary on the left and canned foods on the right. About midway up, two women were looking at an array of merchandise. Both had long, dark, wavy hair and though one was quite plump and the other very thin, there was an obvious family resemblance.

“This is such a clever idea,” said the plump one. “They have one here for almost every occasion.”

“Scheint es nicht persönlich,” the other replied in Freedonian.

Bryony stopped to look at what had drawn their attention. Both women turned toward her.