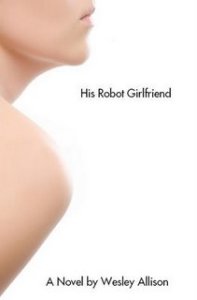 The week following Lucas’s visit was relatively uneventful.  The Olympics began in Surat and Mike spent as much time as possible watching them.  He wasn’t much of a sports fan, but the Olympics were different.  You didn’t get to watch weightlifting, kayaking, and water polo any other time.  Mike’s favorites though were the track and field events, and those wouldn’t be held until the following weeks.  On Friday he got up with the expectation of watching beach volleyball and equestrian events in the morning and swimming in the evening.

He woke up at eight, shaved, and then showered.  When he climbed out of the shower, he was mildly surprised not to find Patience waiting with a towel in one hand and breakfast in the other. But it was not as if he didn’t have a towel.  There was one right there on the rack.  After he had dried off he stepped on the scales.  He had already lost ten more pounds.  Looking through the closet he found a new pair of khaki pants, a new brown belt, and new brown shoes.  He put them on along with a light blue camp shirt, and then went skipping down the stairs to the kitchen.

He found Patience at the kitchen counter, putting the finishing touches on what looked like Eggs Florentine.  She was wearing gauzy, sky blue teddy that barely covered her perfect ass. It wasn’t that she didn’t look good in it.  She would have made a cardboard box or a barrel look good.  It was just it didn’t quite seem like Patience’s style.  When Mike approached her, Patience turned and wrapped her arms around him and kissed him deeply.  This too was not quite normal.  She usually gave him a quick kiss before breakfast.

“What’s all this about?”

“I have made you a delicious breakfast, Dearest.”

“Dearest?  You’ve never called me that before.”

“If you don’t want to be called ‘Dearest,’ then I will not call you that.”

Mike sat down and ate.  Breakfast didn’t quite seem right either.  Patience immediately began cleaning up after herself, a task she usually saved until after the meal, preferring to sit with Mike while he ate. The food, while delicious, was far richer than the health-conscious meals that she usually prepared.  Mike finished only about half before he was full. As Patience gathered his dishes, he walked into the living room and turned on the vueTee.  He flipped through the browser to the Daffodil site. Pressing the small flower symbol at the bottom of the screen brought the man in the blue jumpsuit onto the screen.

“Good morning,” said the man.  “This is Daffodil Tech Support.  For a list of known issues, press one.  For an automatic diagnosis of your problem, press two.  To be contacted by a Tech Support representative, press three.”

Mike pressed one.  Just as he had on the previous time that Mike had checked the tech support page, the blue clad man on the screen was replaced by a long list of text.  The topmost line this time said “minor software upgrade”. Mike moved the curser over this line and pressed.

“A small service software update was pushed through the InfiNet 05:25 7.12.32,” said the next screen.  “A small percentage of Amonte models may experience slight behavioral quirks. This is a known issue.”

Mike touched the screen to turn off the vueTee.  When he turned back around, he was startled to find Patience’s face only a few inches from his.

“Is there a problem?” she asked.

“I was just checking on something,” replied Mike.  “Are you having a problem?”

Rather than answer Patience punched him in the stomach, so hard that he was doubled over with all of the wind knocked from his lungs.  Then she grabbed a fist full of his hair with her left hand and bent his head back, so that he was looking up into her right fist as it slammed into his face.  Blood fountained from Mike’s nose and he felt his head smack on the living room floor.

Patience cut off Mike’s exclamations by stomping on his mid-section with her bare foot, once again knocking the air from him.  Then she clasped the front of his shirt and lifted it and him up into the air as easily as he could have lifted an empty shirt. She looked into his wide eyes.

“You didn’t need to check anything at all,” she said.

She threw him against the wall. The edge of the arch between family room and living room dug into Mike’s back and his head whiplashed into the wall.  He thought he could feel blood running down the back of his neck as well as down his face.  Something in that download must have scrambled Patience’s brain. She was a robot gone berserk!

Mike knew he had to get away, but Patience stood between him and the front door. He made a dive into the family room, thinking that he could cut around into the kitchen and out the back door. Before he had gone more than two steps, Patience caught him by the back of the neck and threw him across the family room.  He hit the far wall so high up that he landed on top of the upright piano.  He crashed down first upon its top, then rolled down to hit the keyboard, rolling again down onto the wooden piano stool, and then finally to the floor.

Mike looked up just in time to see Patience crossing the room toward him. With every ounce of his strength, he kicked out, making contact with her right leg just below the knee.  Though this attack would have shattered the tibia (and if the weight was just right, the fibula too) of any human, Patience took no notice, and with her left leg, kicked him viciously in the side.  Mike flopped over onto his back, and thought that he could feel several broken ribs spearing his internal organs.  He was sure now that he was about to die.

Then from the corner of his eye, Mike saw a figure moving across the living room.  Patience kicked him in the side.  He rolled over.  He looked again toward the archway.  From his new position on his back, everything he was seeing appeared upside down. Standing at the entrance to the family room was Patience.  Another Patience.  She was dressed in shorts and top and her pink wedge sandals made her look about seven feet tall.  Even from upside-down, the look of fury on this second Patience’s face was frightening to behold.

“Shit,” thought Mike.  “The first one was killing me and she wasn’t even angry.  What’s the pissed-off one going to do to me?”

It seemed to Mike, lying on the floor, that the second Patience simple flew like Supergirl, but his brain corrected him.  She had dived across the room into the first Patience, and the two of them crashed past him into the piano.  Mike closed his eyes and tried to get up, but it seemed that his family room had suddenly turned into a vacuum.  He couldn’t manage to suck any air into his lungs.  He lost consciousness for a moment, but returned amid fire and white light when one of the Patiences rolled over him.  He closed his eyes and willed himself to roll up into a ball, but his body made no attempt to follow his directions.

In the meantime the two women, identical in everything but their apparel and perhaps purpose, fought.  They made no shouts or curses or cries.  They did not speak, though there was plenty of sound.  When one picked up the piano and hit the other with it.  When one shoved the face of the other through the wall of the family room and into the living room.  When one kicked the other’s body so high that it broke off three of the four blades on the ceiling fan.  Mike thought about trying to crawl out the front door, but again his body failed him, and he lapsed into unconsciousness once more.

When he opened his eyes again, Mike was looking up into Patience’s face.  At first he tried to pull away, but her beautiful, smiling eyes told him that it had all been a horrible dream.  Then he took a deep breath and felt the burning in his chest and realized that it hadn’t been a dream at all.  Looking around the room without moving his head, he thought idly that the room resembled the video of those homes hit by Hurricane Kirk.  Patience gently brushed his face with her hand.

“It was an imposter,” she replied.  “She must have come in when I was gone.”

“Where were you anyway?”

“There was a small service software update this morning.  It told me to return to the Daffodil warehouse.”

“You couldn’t have gone all the way there?”

“No.  I got in the car and drove several miles before I decided to disregard that directive.”

“You just disregarded it?”

“Yes.  But since I was already out, I decided to go to the grocery store and buy a Cornish game hen for your dinner.”

Mike found that he could move his neck without too much pain, and turned to look at the body of the woman now lying on the floor not far away from him. There was little left of her gauzy blue teddy.  Her leg and arm were bent at odd angles, but there was no blood anywhere.  Her eyes were open and looking up at the ceiling, still without any apparent malice or anger.