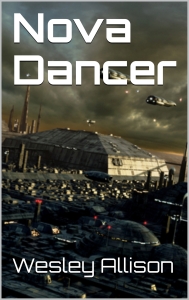 Nova Dancer is available as an ebook for 99 cents from Apple Books.